In my last post we looked at the Virtual Box from Oracle. In this post we will look at using VMWare workstation to create a virtual machine running Windows Server 2008. The first thing you will need is the VMWare workstation software. You can obtain a trial copy from their download page. At the time of this posting I was using Workstation Version 8. There is also a VMWare Player with less capabilities than the workstation product, but for the purposes of this demo I will use VMWare Workstation. 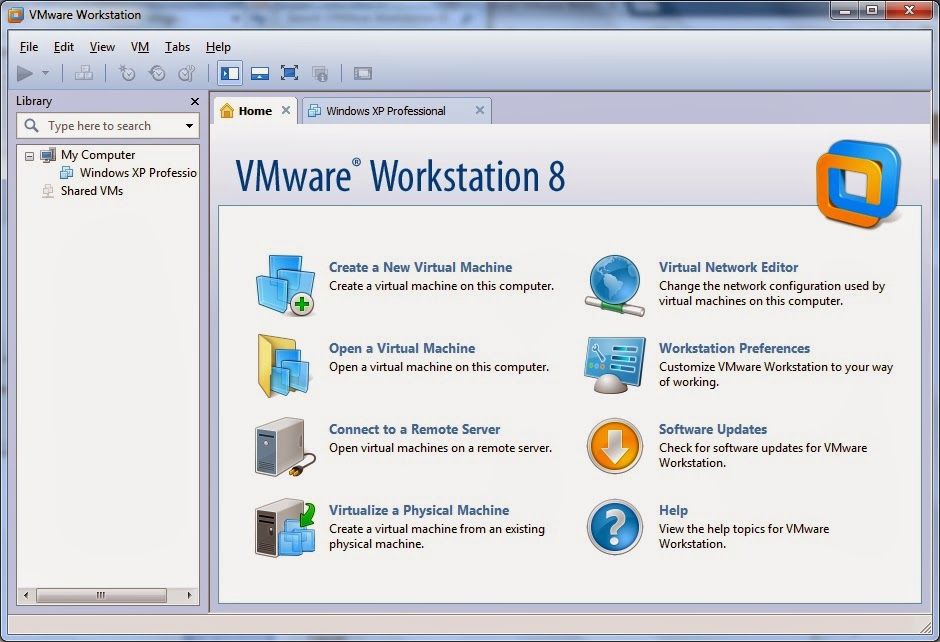 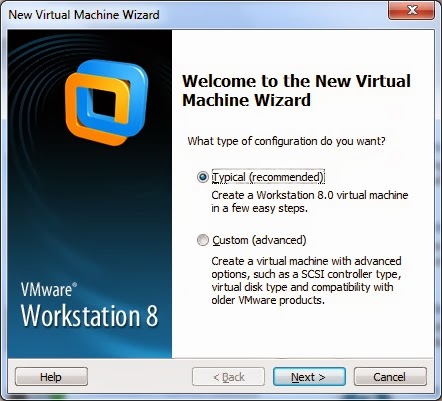 The Welcome to the New Virtual Machine Wizard pops up. Click next to continue 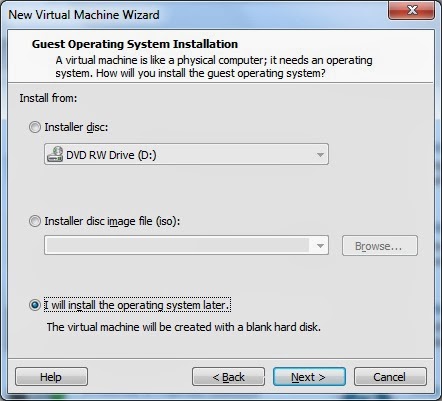 Keep the default selection of “I will install the operating system later”, then click next. 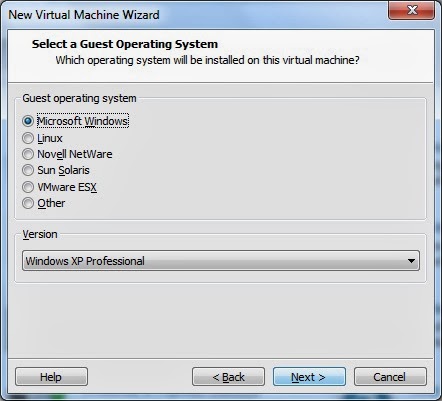 Ensure that Microsoft Windows is selected then from the drop down version list choose Server 2008, and click next. 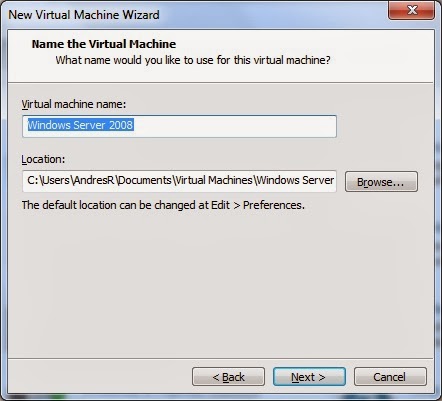 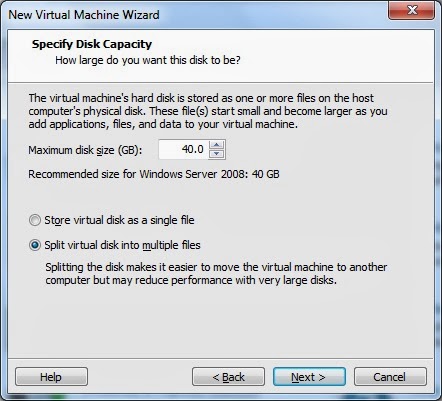 On the specify disk capacity dialog box, select “Store virtual disk as a single file. Then click next. 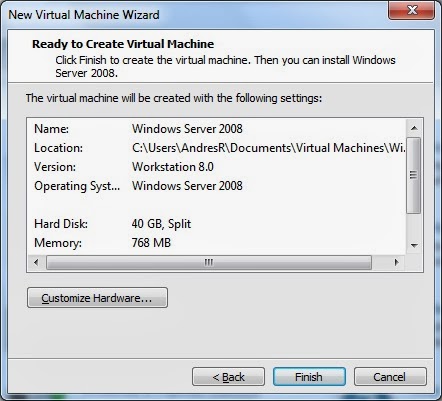 On the Ready to create virtual machine dialog box, you’ll get a summary of the settings selected during the wizard, you can customize hardware here, but for now just click Finish. 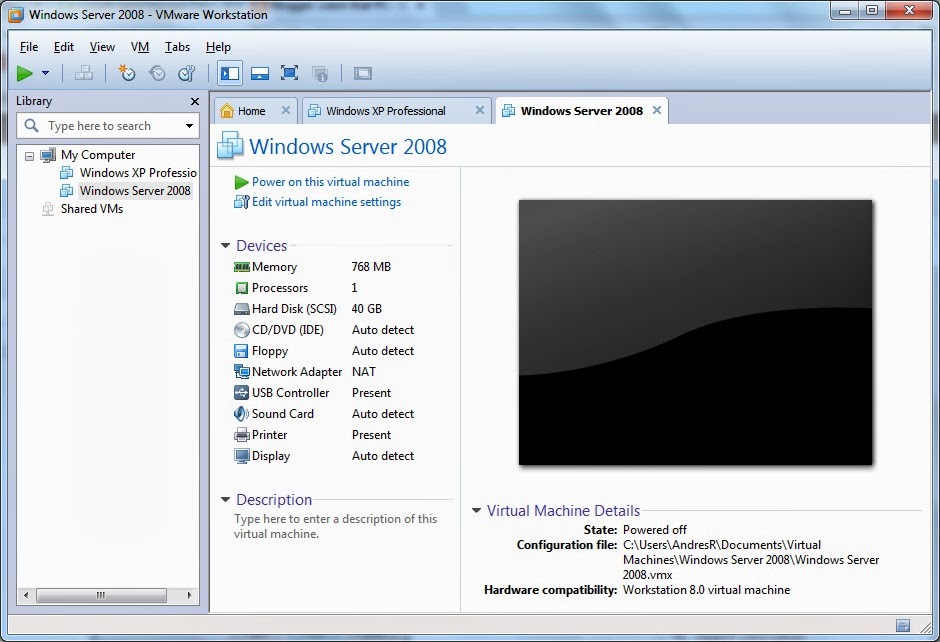 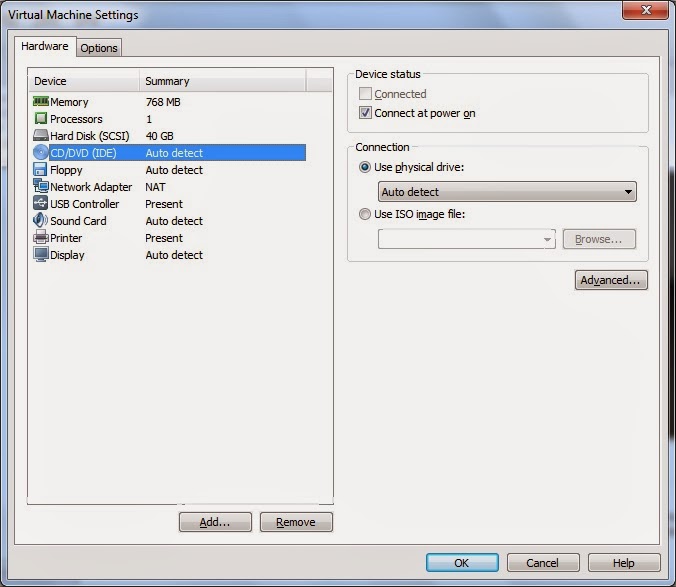 If you where going to use a DVD, you would leave the default setting of auto detect on the right hand side of the dialog box. Because I will be using an ISO file downloaded from Microsoft, I will select the “Use ISO image file” selection. 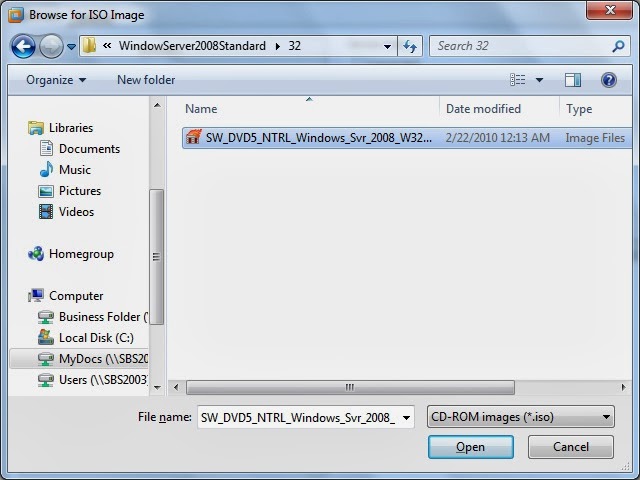 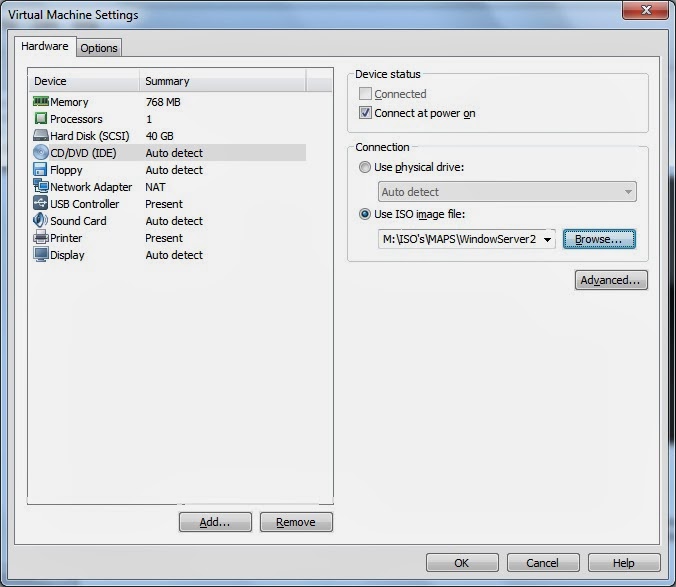 Once the source DVD or ISO has been chosen, click OK 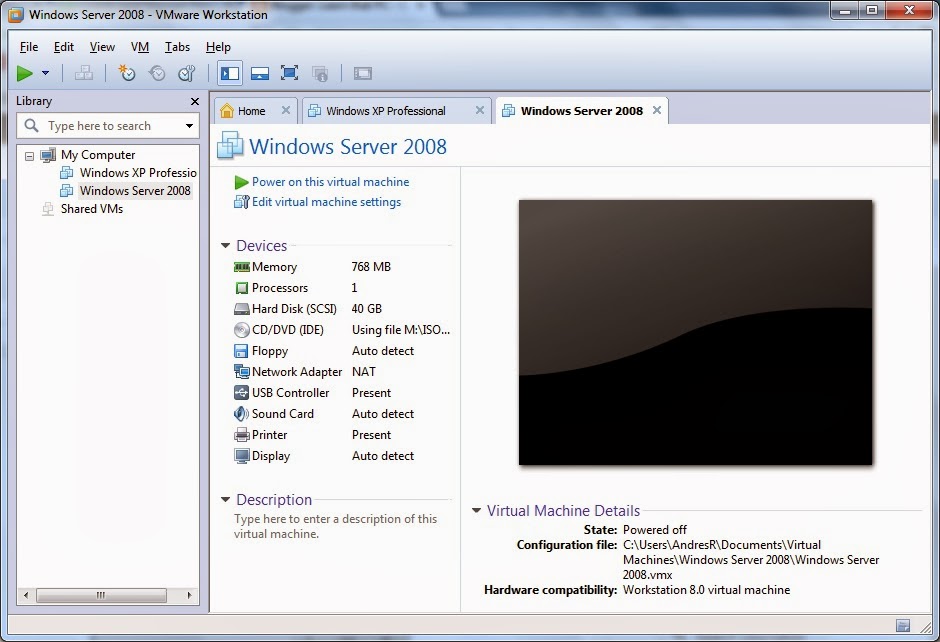 Notice how the summary now shows the selected ISO file. Click the power on this virtual machine green triangle. 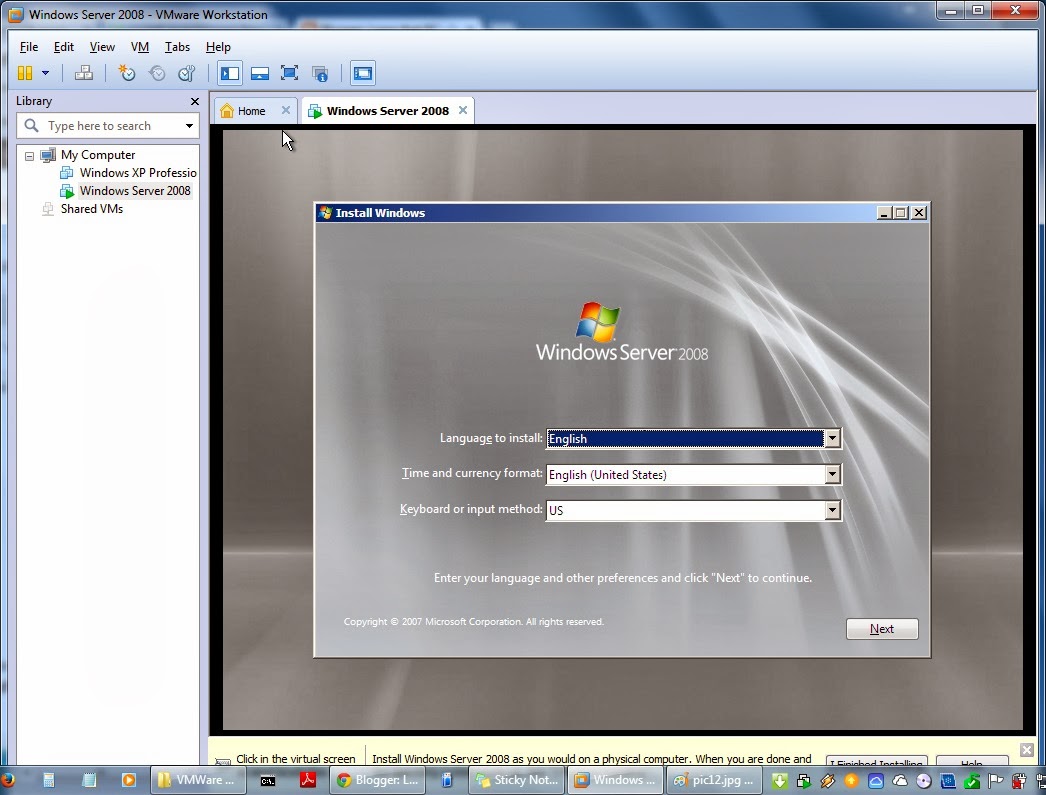 In my last post I introduced you to virtual machines. In this post I will show you how to set up Virtual Box from Oracle. You must first download the latest copy from www.virtualbox.org. Be sure to download the correct download for your particular type of machine. I will be performing the demo on Windows so thats the copy Im downloading.

Once the download is complete run the installation program. After installation run the program from the start menu or desktop icon. You’ll get a menu like the one below: 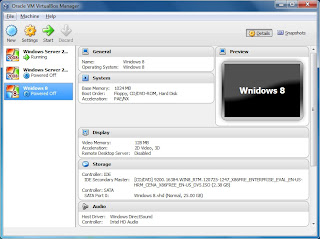 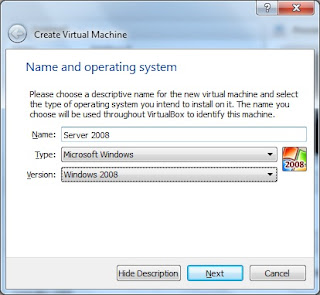 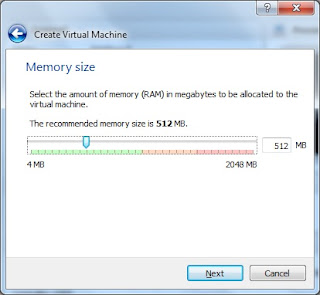 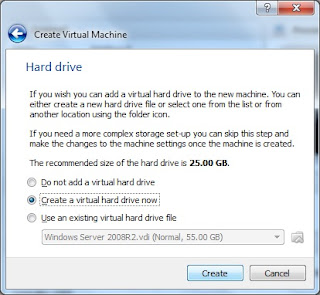 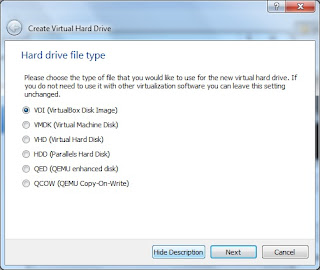 You will be prompted to decide what file type to use. This is because you with the second and third choices, you can take the file and use in other virtual machine programs like VMWare or Hyper-V. Select the default and click Next to continue. 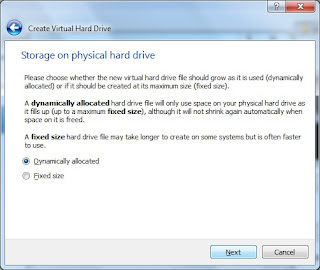 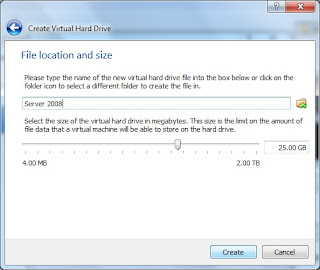 In this dialog box, you are prompted for hard disk file name, and maximum hard disk file size. Accept the default of 25 and click Create to continue. 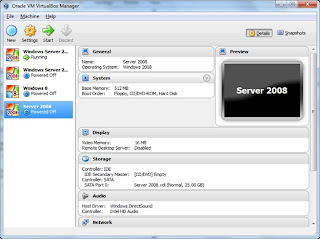 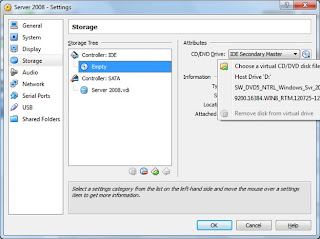 Select storage on the left column, then under storage click the empty IDE controller. Click the CD icon on the far right to choose the ISO file to boot the virtual machine with. 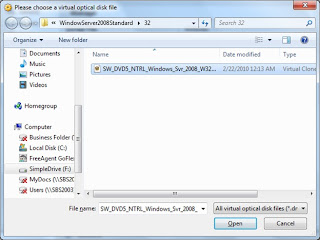 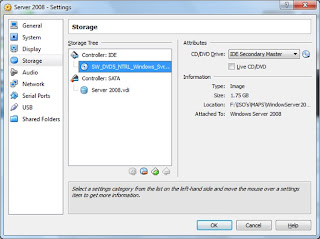 The ISO file is selected. Click OK to close the dialog box.You are now ready to start the virual machine the will install Windows Server 2008 just like any other computer would. Click start on the menu bar 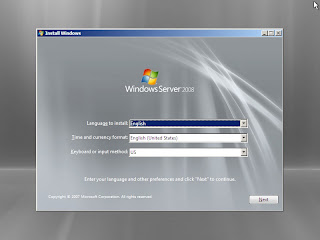 Your virtual machine starts from the ISO file. From here on the installation is standard. Just follow the on-screen prompts. Actual installation of the OS can be seen here

Have you ever wanted to try out, or test another Operating System and did not want to attempt it on your computer because you where afraid to damage your existing setup? Or you did not want to have to buy a whole new computer just to play with? Enter Virtual machines.

The OS in the virtual box will funtion in the same way it would on a physical computer because the virtual machine software makes the OS believe it is a real machine. That means that with this virtual machine you can do all the same things you would do on a real computer. Saving files, running programs, surfing the web, checking email, the works!

What makes this solution so appealing, is that you do not need to tear apart your hard drive, by partitioning it or by adding another hard drive just to test other Operating systems. You simply install Virtual Box, run it, and install your Operating system in it. And once your done you simply delete the virtual machine and that’s the end of that. It would be like deleting a word document when you don’t need it anymore.

This was quite a revelation when I first heard about it. The idea that you can run a virtual pc within a pc, just blew my mind! And now, I use virtual machines everywhere. I have virtual machine software installed on just about all computers I have. It’s a great way to test software that you are not sure of. Let’s say a friend hands you a program he says is really cool, and you’re thinking, “Yeah right, like the last program you gave me that infected my computer for a week”. With the virtual machine, you could just install the program in the virtual machine. If it does have a problem, you can just delete the virtual machine along with the malware. And if you made a backup of the virtual machine before you tried your friends program on it, all you’d have to do is restore it from backup, and voila! Your VM(virtual machine) is back just like before. No harm, no faul.

Now, is that cool, or what!

I wanted to introduce you to the idea of virtualization on this post. I will be posting new material on each of the virtual machine packages with sample Operating Systems so you can follow along. So stay tuned!